On September 11th, the meowbox team was privileged to attend “More than a Cone”, an amazing event in Los Angeles that united artists and animal lovers in the spirit of raising awareness and funds for pet adoption, wellness and recovery. The passionate organizers succeeded in delivering a surreal, imaginative and well-executed experience that thrilled everyone who attended.

Thank you to everyone who came out to support More Than A Cone. Our 2015 event could not have been successful without each and every one of you. In case you missed it, @lisavanderpump gave a powerful speech about her passion for ending Yulin once and for all. Every year dogs are slaughtered at The Yulin Dog Meat Festival. Let’s help her in her fight to end this tragedy. Visit stopyulinforever.org to find out more about how you could help. #morethanacone #mtac #mtac2015 #lisavanderpump #endyulin #stopyulinforever

During the night we managed to catch up with Gabe Martinez, founder of “More than a Cone”, and held him captive until we learned more about this incredible event.

“We were originally called the Art of Recovery because the whole idea behind the movement and the non-profit is to reimagine the cone of shame and turn it into an art piece that sparks a conversation. We can auction it off to raise money, but more importantly than the money is the awareness. We want people to know about the message, we want people to get excited about these artists who are animal lovers and really really passionate about the cause.”

A self-professed art geek who cares deeply about pet adoption, Gabe’s vision was to bring his two passions together and create a real impact. He informed us that 4 million animals are put to death every year in America’s shelters, a statistic he hopes to change. The tagline, “it’s more than a cone, they’re more than just pets”, was inspired by the fact that cones are the number one post-operative recovery devices prescribed by veterinarians worldwide.

“I just thought more than a cone sounds cool and it’s a provocative thing that makes you question what it is. Then you see this crazy cone art and follow it down the rabbit hole and think, oh, I should adopt, and I should do this, and this is how I should take care of my dog….”

Though Gabe and his team “of crazy men and women who all have day jobs” know how to throw a party, they left it up to their partners to determine how the funds would be used. This year they partnered with Best Friends Animal Society, Kitten Rescue LA, The Shelter Pet Project and Angel City Pit Bulls - organizations that have made it their mission to advocate for and improve the lives of pets in need. “We are so proud that we can work with these organizations,” he boasted. “More than a Cone” is not in this to make money…but we know how to make people have fun and we know how to get the word out socially.” 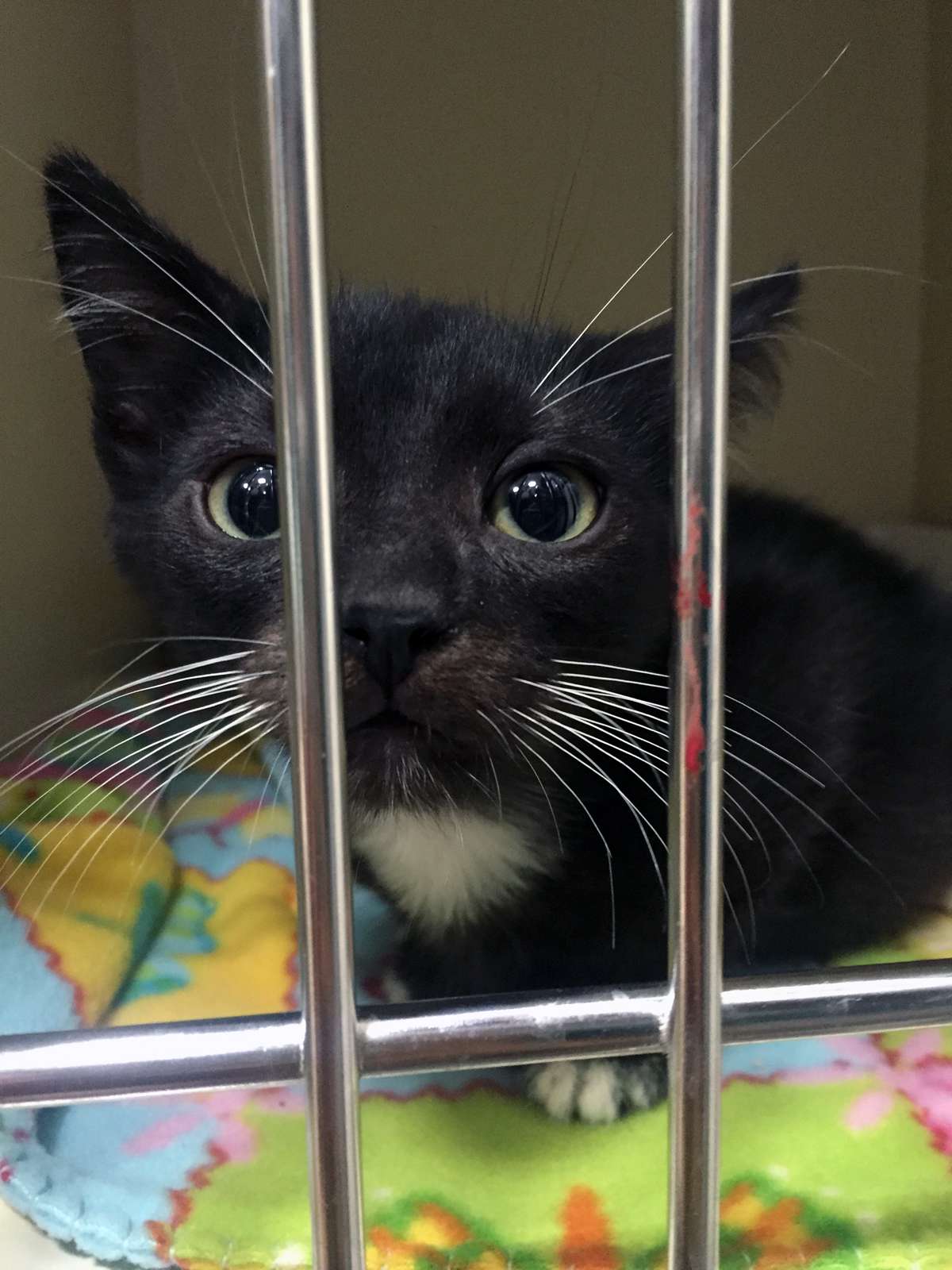 According to Gabe, this year’s event was 4x bigger than last year’s inaugural event. Knowing he had a great idea on his hands, Gabe reached out to big name sponsors and found them more than willing to jump onboard. With more money to work with and more time (6 months as opposed to 3) he set out to create a crazy, cool, memorable experience that would get people talking about pet adoption and wellness.

Gabe credited his “partner in crime”, Bill Rangel, for designing the entire show, gushing about his many creative talents. “All the sensory things that you’re experiencing here at the show, Bill designed. We worked together, we were a team, but I have to give him 100% of the credit for this event because he’s amazing.”

He was also quick to thank all the artists who lent their time and talent to the cause without asking for anything in return. “They were so incredibly kind, I can’t stress that enough. They’re not only amazing artists but they’re great human beings.” And of course, Gabe made sure to express his gratitude for the event’s supporters who came out in huge numbers to have fun and add their voice (and money) to the organization’s mission.

We had an amazing time at “More than a Cone” and by all measures it accomplished what it set out to achieve. We’re pretty sure Gabe’s palpable and infectious enthusiasm for the cause had something to do with its tremendous success. A true animal lover, Gabe and his wife have 4 pets: a Pomeranian, a tabby cat, a leopard gecko and a white tree frog. They also have a 3 year old daughter, which must make for a pretty lively household. Though he grew up with dogs, Gabe’s 16 year old cat, Colby, showed him how great cat love can be. “When [my daughter] goes to bed it’s like bam, me and Colby, it’s a like snuggle love fest – I unwind and I watch Game of Thrones with her in my lap.”

Unwinding in front of the TV with a cat in your lap is probably the best way to recover from throwing an epic event like this. You definitely earned it, Gabe. Get some rest because next year’s event is just around the corner!