Get ready for your heart to melt from fuzzy, cuteness overload. Meet Lil’ Bunny Sue Roux, or Roux, for short. We had the privilege of interviewing Roux’s mum, Jackie Deak Akey, who gave us the inside scoop on this unique and adorable kitty.

How did you first meet Roux?

I work at a wonderful vet clinic in uptown New Orleans, and one of our clients runs an animal rescue. In October of 2014, this client was contacted by a shelter outside of New Orleans that a two-legged cat had been surrendered, and the shelter was wondering if she could be interested in rescuing her. Unable to rescue the cat herself, she emailed my clinic a photo. When I saw her it was absolutely love at first sight. Roux was brought to the clinic the next day and I took her home that night.

Why was Roux surrendered?

I had heard that the reason she was surrendered to the shelter was because she didn’t bury her poop in the litter box. This breaks my heart because she certainly tries as best she can with her nubs every time. They just are unfortunately not long enough to reach the litter. Also, in addition to her lack of front legs, she has a cute little bobtail that is most likely a congenital abnormality as well. 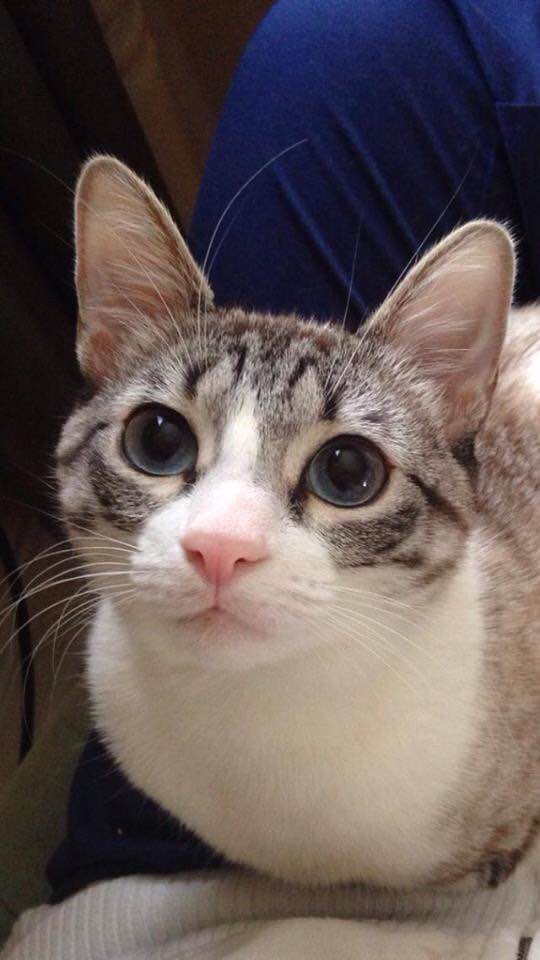 How old is she?

Roux was six months when we adopted her in October, so she just turned one in April. Her exact birthday is unknown but we decided on April 15, 2014.

What happened to her front legs?

She was born without them due to a congenital abnormality, most likely due to a rare condition called transverse terminal hemimelia. Her X-rays show that her front legs stop at the humerus, the upper bone of the front leg.

Is she in pain?

The vets at my clinic believe that she is not in pain. Her mobility is very good, and she is able to function quite well without front legs. There is a potential for back problems as she grows older since she moves differently than a cat normally would, but as of now her X-rays look healthy.

Will she require any kind of prosthetics in the future?

Since she is quite active and mobile without the use of prosthetics, it does not appear that she needs them at this point. Her back legs are quite strong and she can leap impressively high! I do plan on having her evaluated by a veterinary orthopedic specialist, as she gets older. 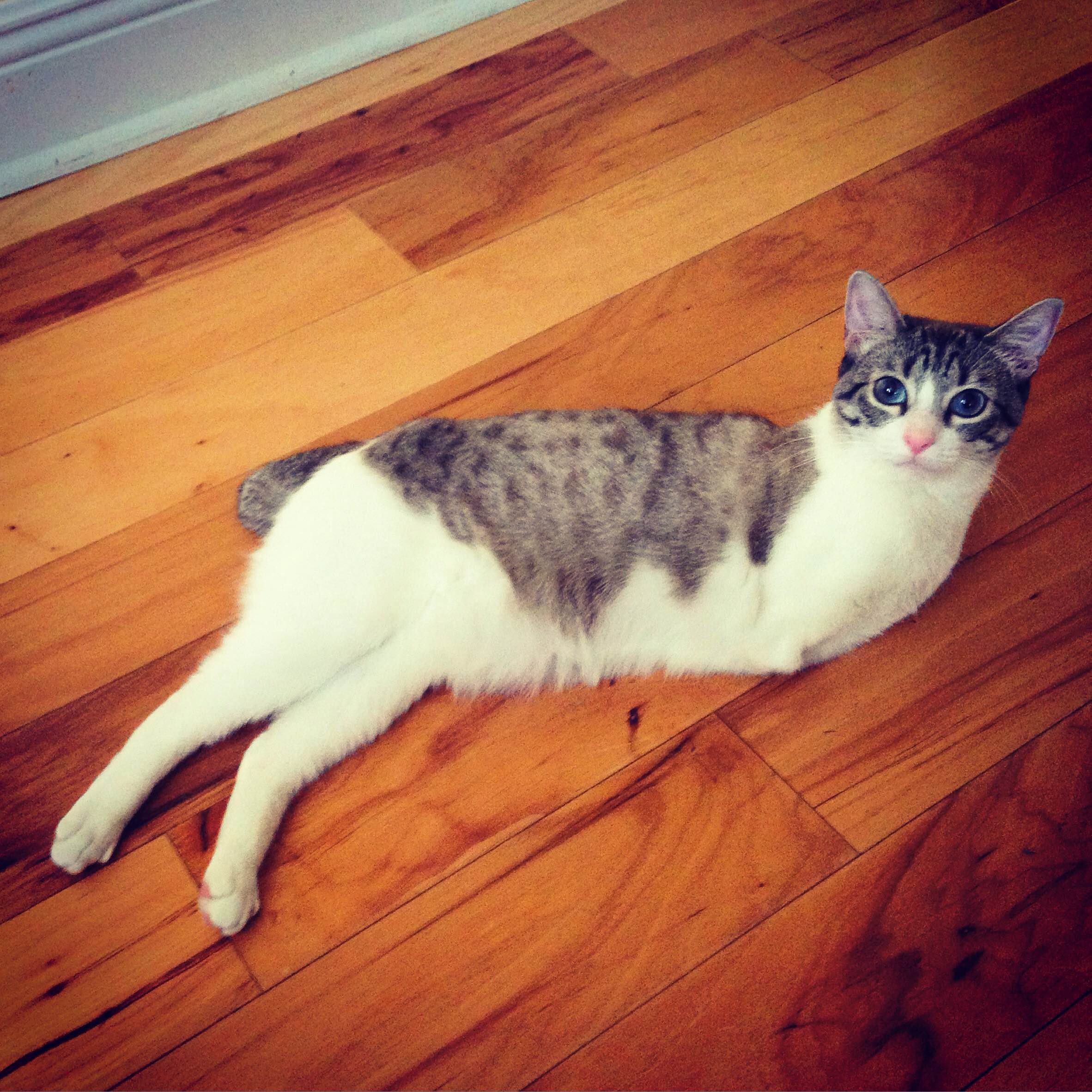 How does Roux get around and play?

Roux has adapted her special walk by not just walking on her back paws but by keeping the lowest portion of her hind legs flat for more balance, like a kangaroo. Her nubs swing back and forth while she walks but they do not touch the ground. When she wants to move quickly or play (her favorite move is to run after and tackle her sister Graybee) she hops with both back legs in unison like a rabbit. She can move very fast when she wants to! She has a few favorite toys and picks them out of the toy box herself and flings them around with her mouth since she can’t bat them around. It is incredible to watch her adapt, even though to her she is purrfectly normal!

Roux wakes me up every morning with what I call her alarm-meow from the foot of the bed, and the only snooze button is breakfast! Then she alternates napping and playing throughout the day with two older four-legged cat sisters, Kona and Graybee. The girls spread their toys all over the house during the day. Later, her meows announcing dinnertime are very loud, and she is quite the voracious eater. After dinner she takes a long bath and usually has a few bursts of playful energy before bedtime. As her day comes to a close, I either carry her or she jumps onto our bed herself to snuggle and curl up to sleep. 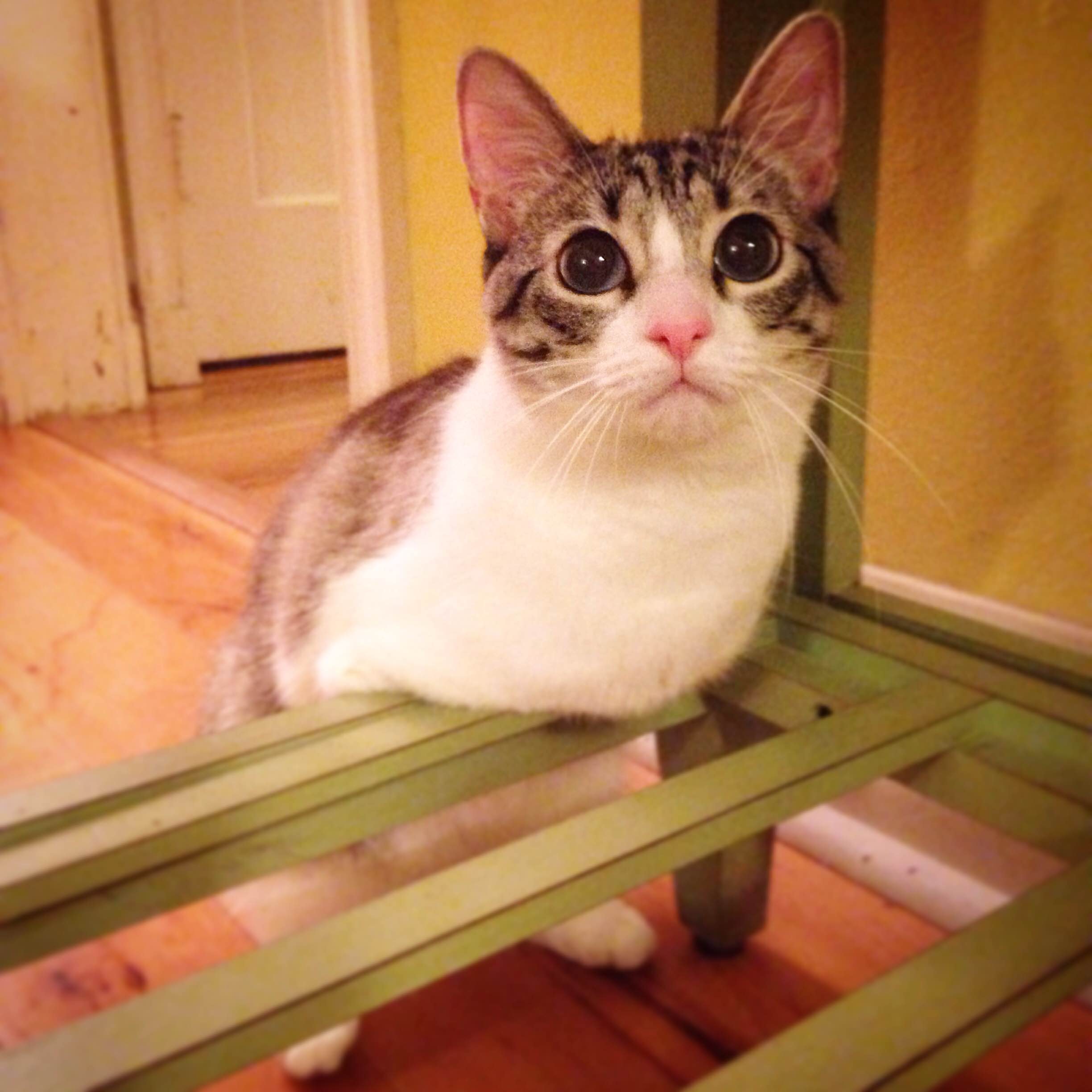 Roux accumulated over 30,000 followers on her Instagram account, practically overnight. What does she think about being a supermeowdel?

Roux has not changed a bit! I keep telling her about how many people around the world love her and are so inspired by her, but she remains modest and mostly just wants to know when she can eat next.

Roux at times can be very independent, with an “I can do it myself!” cattitude, but other times she doesn’t mind a helpful assist. She is young and has a playful kitten energy that comes in bursts. She is cuddliest at bedtime, when she purrs loudly for chin scratches. Roux is a happy and very sweet girl!

What are Roux’s likes and dislikes?

Roux likes eating, sleeping, stretching her nubs, stretching her back legs, hogging bed space, chin scratches, propping her nubs on various things like chair rungs, begging for more treats, pouncing on her sister Graybee, flinging her little mouse toy with her mouth, watching the fish tank, bird watching out the window, and giving scratchy tongue kisses on my nose. Roux dislikes the Roomba vacuum (but has developed a tolerance for it), having to wait to eat, and anyone feeling sorry for her! She wants you to be happy about how cute and special she is! 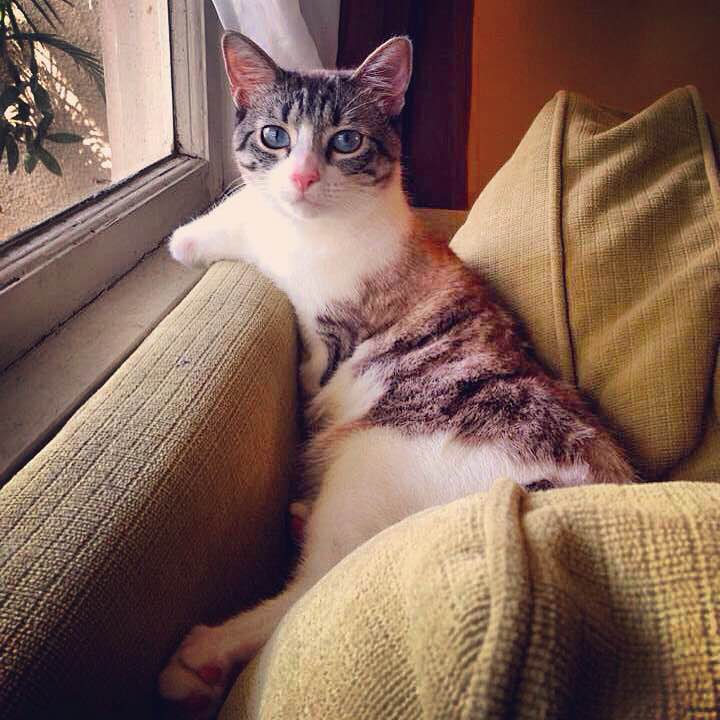 Where did her name come from?

(You will probably regret asking this question!) Her full name (are you ready?) is Lil’ Bunny Sue Roux Hendrickson Deak Akey! Lil’ Bunny Sue Roux is a play on the children’s poem, “Little Bunny Foo Foo”. Lil’ Bunny because she hops like a bunny. Sue, because she moves like a T. Rex and Sue is the nickname of the the largest, most extensive and best preserved Tyrannosaurus rex specimen ever found, residing at The Field Museum in Chicago (where I’m originally from). Sue was discovered by the paleontologist Sue Hendrickson. Roux is short for kangaroo because she leaps like one and the roux spelling is a New Orleans twist (and I already have a bunny named Kangaroo!). And finally, Deak is my last name and Akey is my husband’s last name.

Have you always had cats or pets?

Absolutely! Besides the three cats in my life now, I also have two bunnies and three small parrots (green cheeked conures). Animals have always been very important to me. I went to school for Animal Science, and studied animals abroad in South Africa and Brazil. I have worked in many animal fields, including veterinary clinics, zoos, and even an avian conservation center in Hawaii. I am very passionate about caring for animals!

Do you have any advice for potential future cat parents?

Please adopt! There are so many wonderful cats in animal shelters that need loving homes. And certainly don’t overlook the special needs kitties! We are so grateful little Roux is in our lives. 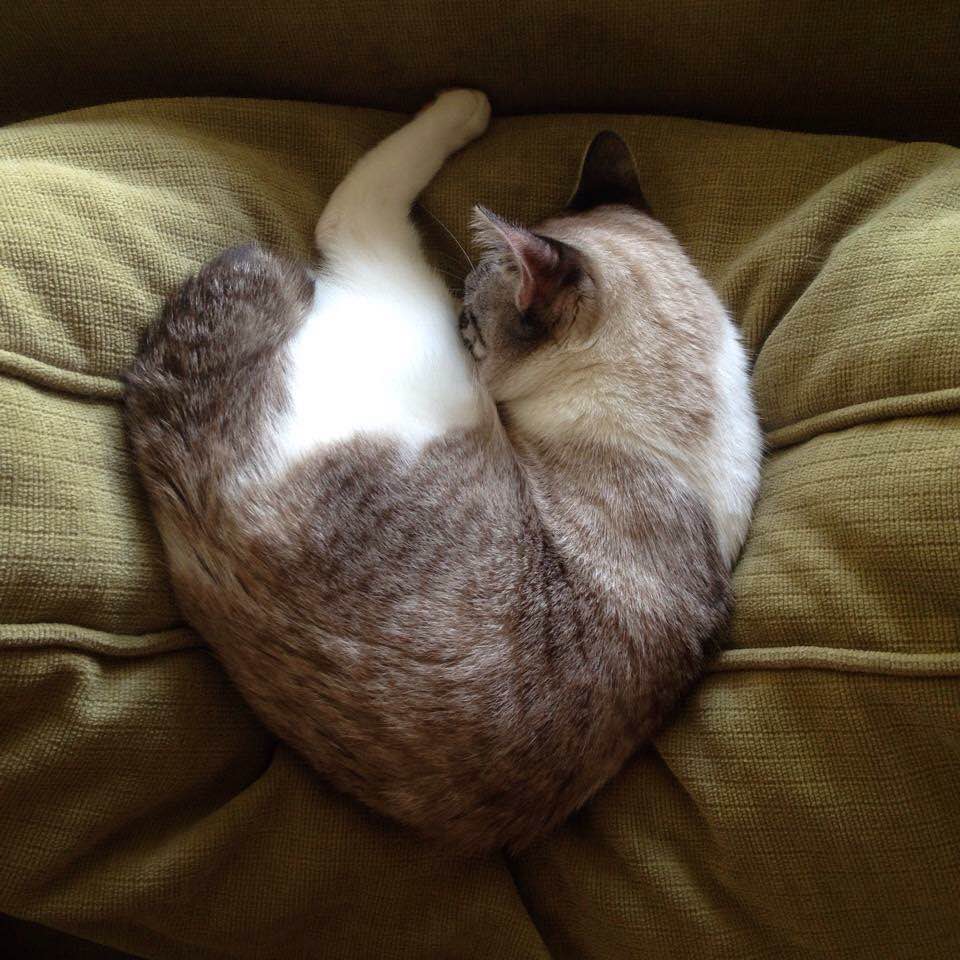 Roux is a rising online star but she still manages to remain humble and sweet.

If you didn’t already just use up your allowance of “awwwwwww’s” for the year, keep up with Roux’s daily antics on Instagram.