Whew, week 3 already! This week we’ll switch it up a bit and introduce you to a guy (yes a guy) who’s made it his business to bring awareness to West Oakland’s feral cat population and find them loving homes. His cat philanthropy journey started when he began snapping photos of the local “hoodcats” he’d encounter around his neighborhood. People started taking notice and soon Adam’s Hoodcats became social media sensations and calendar models. As it became apparent that his love for feral felines was more of a passion than a pastime, he started getting more involved in the community and eventually co-founded Oakland’s Cat Town Café and Adoption Centre. He’s now referred to as The Cat Man of West Oakland, a title he wears with pride and humility. As he states on his website, “There aren’t enough crazy cat men in the world, so I’m just picking up the slack.” 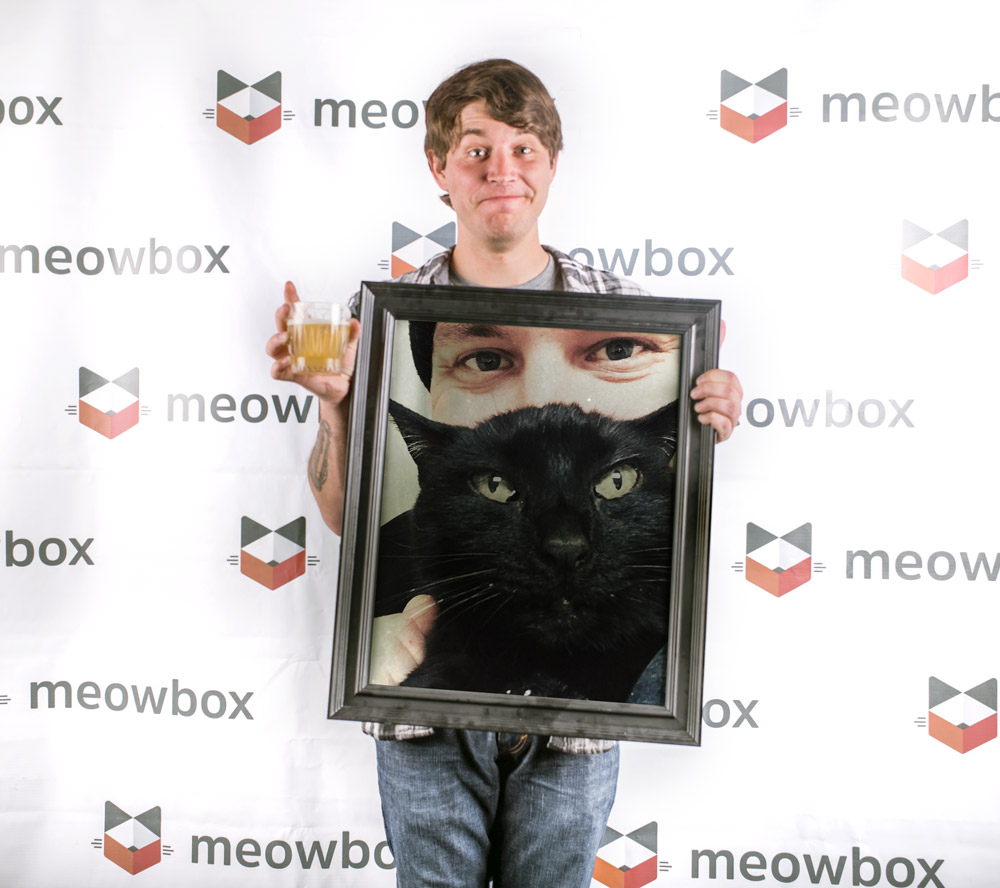 Ok, so Adam isn’t a lady, but does he fit the rest of the stereotype? We’re not so sure. We asked him how many cats he lived with, half expecting the number to fall in the double digits.

“I am fostering a cat, but my roommate is allergic so I don’t have any cats of my own. He’s out of town for a month and a half so I have fostering privileges.”

Hmmmm, that doesn’t totally fit the bill. To get to the bottom of his thoughts of the matter, we asked him the same question we’ve been asking all of our cat chic interviewees: How do you differ from the crazy, antisocial, nerdy cat lover stereotype?

“I am just a random, stellar dude that has happened into this cat world and really enjoys being a part of it and doing something for the creatures that don’t necessarily have a voice.”

Word has it he also plays in a band – we’re pretty sure that doesn’t meet the criteria either. Thanks, Adam, for showing us that regular (albeit, stellar) dudes can make such a positive impact in the world. You’re a cat above the rest. ;)