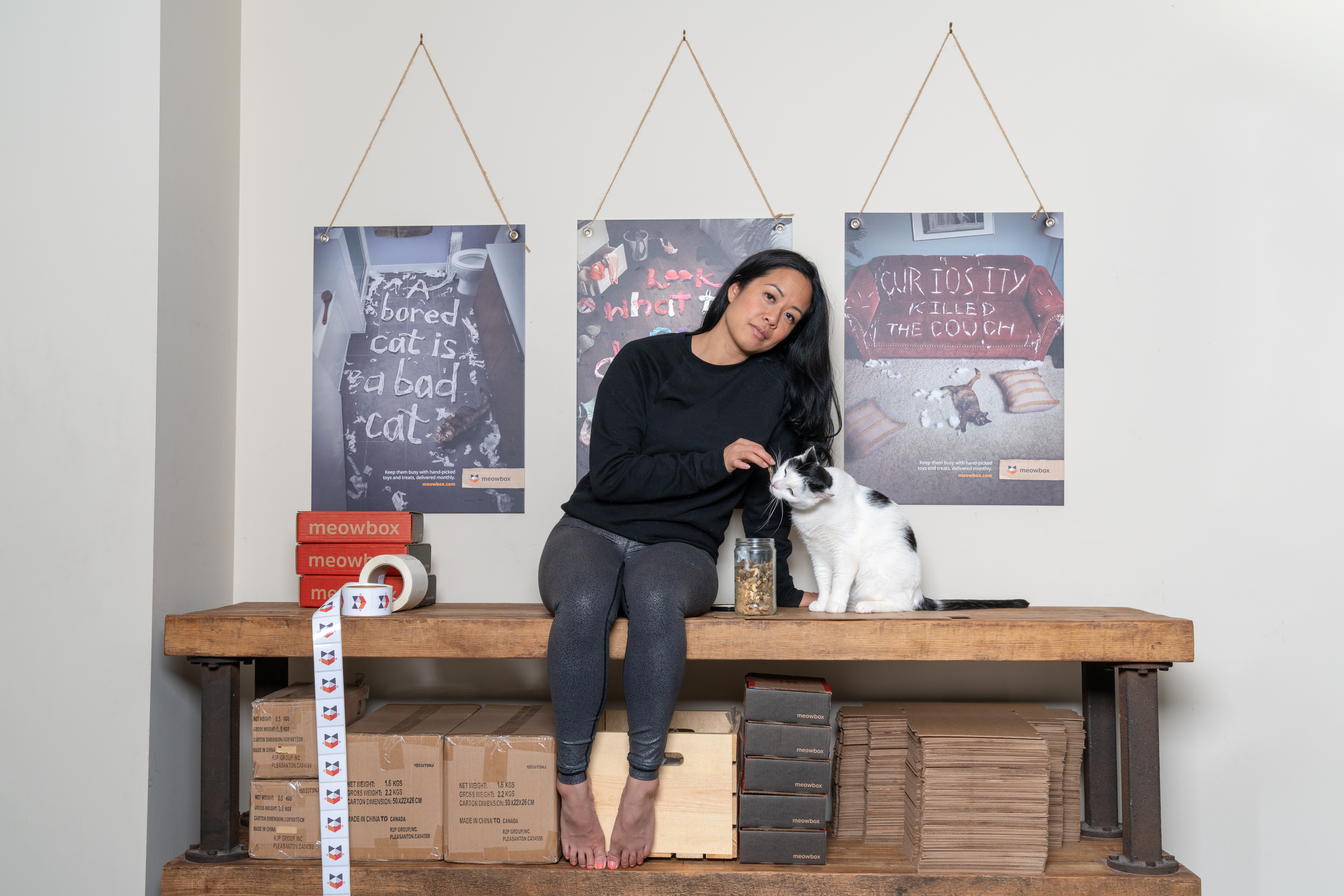 When, in 2013, Olivia found out that a subscription service did not yet exist for cats, she knew something had to be done. After all, why should dogs have all the fun?

Soon after, meowbox was born: an online subscription company that sends cat toys and treats to thousands of doorsteps across the US and Canada every month, and donates a percentage of each sale to shelter felines.

When Olivia isn’t wearing multiple hats at meowbox headquarters in Vancouver, directing meowfest (an annual event that promotes #AdoptDontShop and supports local shelters), or being cat mom to rescues Zac and Harvey, she can be found a few thousand feet above the clouds, heading to the next destination on her bucket list. She may have a paralyzing fear of plane crashes, but even that doesn’t get in the way of her dreams.

For the second instalment of our “Women of meowbox” series, we turned to meowbox’s CEO to learn more about meowbox’s humble beginnings, lessons you learn from starting a business, and what happens to your cats’ egos when they have full-time modelling careers. 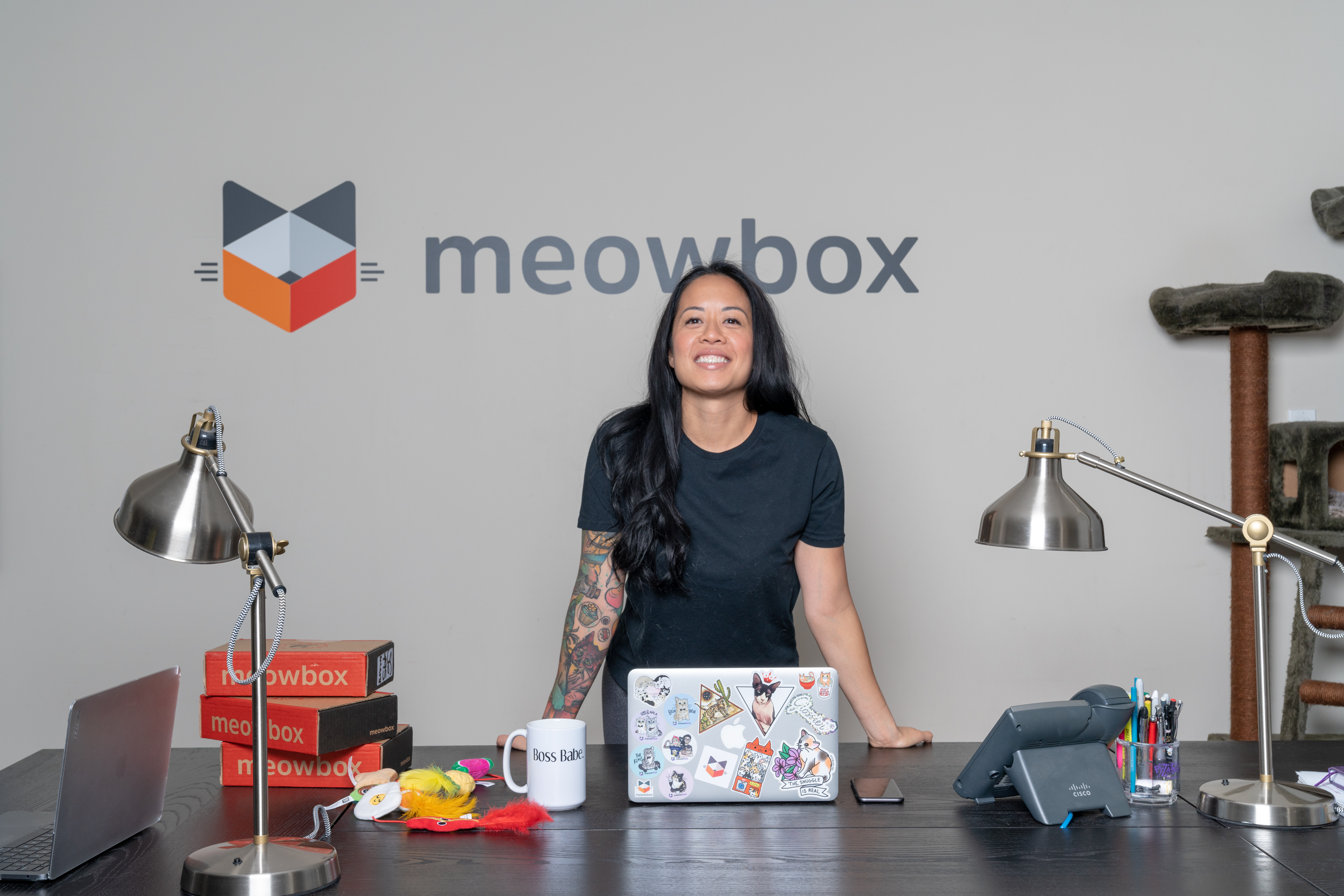 What is something people might be surprised to learn about meowbox’s early days?

I created meowbox when I was living in a basement suite with a roommate I met off Craigslist. That said roommate digitized our original logo for me, since I didn’t have a clue how to do it (and still don’t).

The term “crazy cat lady” tends to attract some controversy. As a lady who not only loves cats but owns a feline-focused business, what are your thoughts on the label?

People seem to love to categorize, generalize, and diagnose in order to understand and deal with themselves and one another. There’s good and bad about making assumptions as we do, but if you want to label me a crazy cat lady, I might take you by surprise when I step outside your expectations. As far as how accurate it is that cat ladies are crazy, it’s 100% true in some cases, as are crazy travel ladies, crazy nacho ladies, crazy lipgloss ladies, crazy entrepreneur ladies—all of which I can be labeled as, if it helps you deal with me better.

Do Zac and Harvey have a secret side that comes out after office hours?

Zac and Harvey forget that I’m their mum when other people are around. It’s like they’re embarrassed. As soon as it’s just me and them, they let their guard down and want cuddles, scratches, and give me slow blinks. The next morning, it’s like it never happened. That’s fine. I’ll take what I can get.

Any life lessons that starting meowbox has taught you?

SO MANY. Here’s four:

Put yourself in new and uncomfortable situations. If it’s what you need to do to pursue something meaningful, then do it. At the very least, you’ll see your surroundings from a different perspective and learn at least one new thing.

Collaborate. When I first envisioned owning a company, I was convinced I was going to do it all by myself, without help from anyone. If I maintained that mindset, meowbox would have flopped. The input of each meowbox team member, plus feedback from our customers and partners is why we thrive.

Set goals with target dates and write them down. You may not achieve them all, but even one is something to be proud of. I wrote that I wanted to start a business by the time I was 30. I did it when I was 32. Better two years late than never!

Be grateful. Every now and then I make lists of what I’m proud of and what in my life makes me feel good. Reflecting on these lists makes you appreciate what you have and realize you’ve come a long way. My lists contain things as simple as “I have a good set of teeth” to big accomplishments like “I’m proud to own a business that touches the lives of so many people.”

On an unrelated note: what’s the next travel destination on your bucket list? 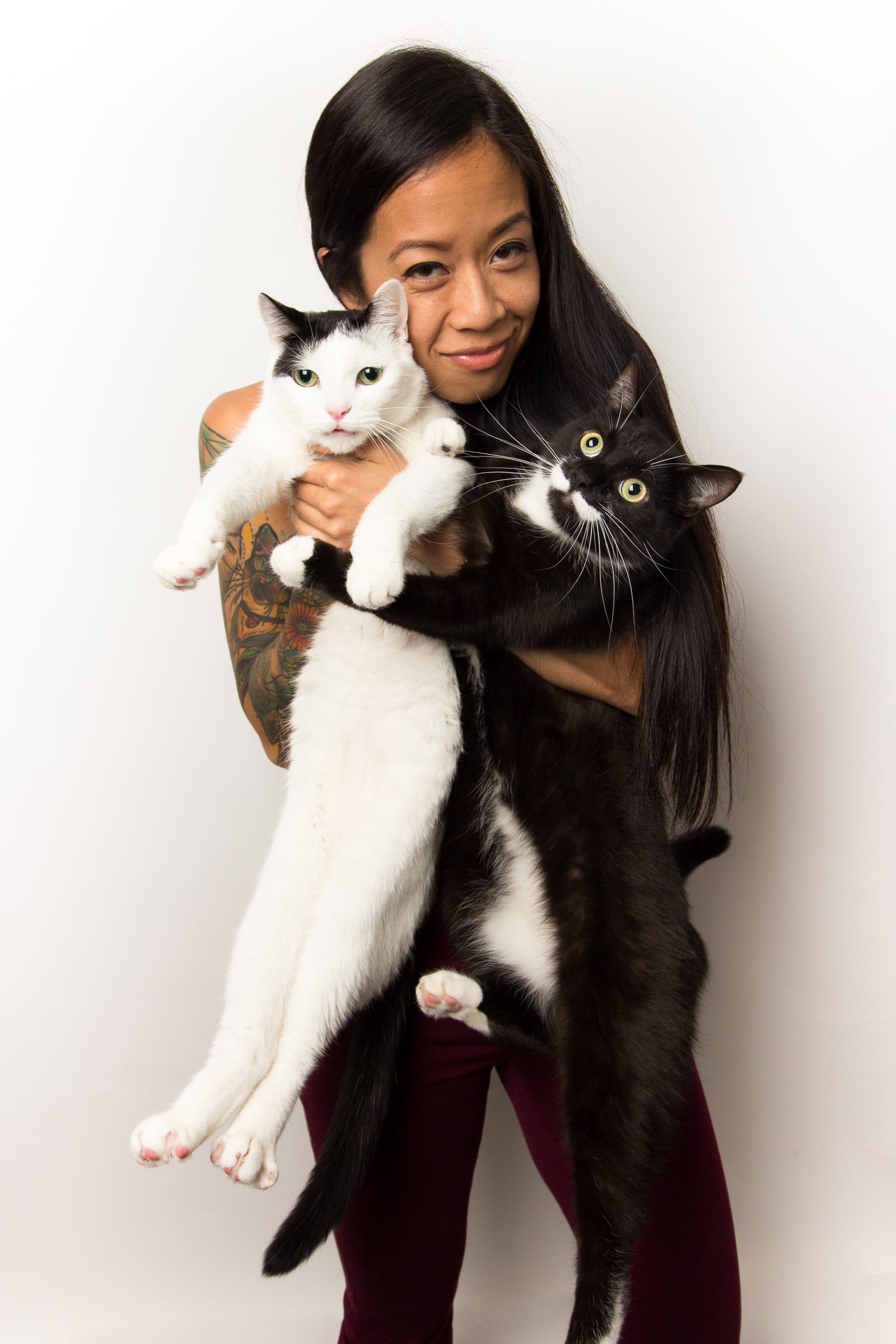