Well, it’s December, which means party season is upon us. And with that comes the difficult decisions many of us cat people will be required to make, such as: “do I go to my neighbour’s Christmas party or do I feign a contagious illness” and “is it worth appearing boring or rude if I leave the office party after 30 minutes?” Of course not ALL cat people will be battling such questions because not ALL cat people fit the introverted, antisocial stereotype. Which is, of course, the topic of this very series. As we’ve come to see, however, many of the awesome cat lovers we’ve profiled are totally okay with living up to all or part of the label.

Today’s featured cat lover is a gentleman by the name of James Petix. James is the proud cat dad of a five year old ginger girl named Fin and a one year old tabby named Sawyer. His instagram account, finforthewin, stars Fin as the orange, green-eyed ingénue whose rare mix of traits delight her 60k+ followers. Fin is often seen climbing James’ furniture like a jungle gym while sporting a wide-eyed look of rapt fascination. She’s the curious, adventurous one while young Sawyer takes on the more cautious, skittish role. Together with James’ impressive art direction skills, they’ve captured the attention of the online cat community. 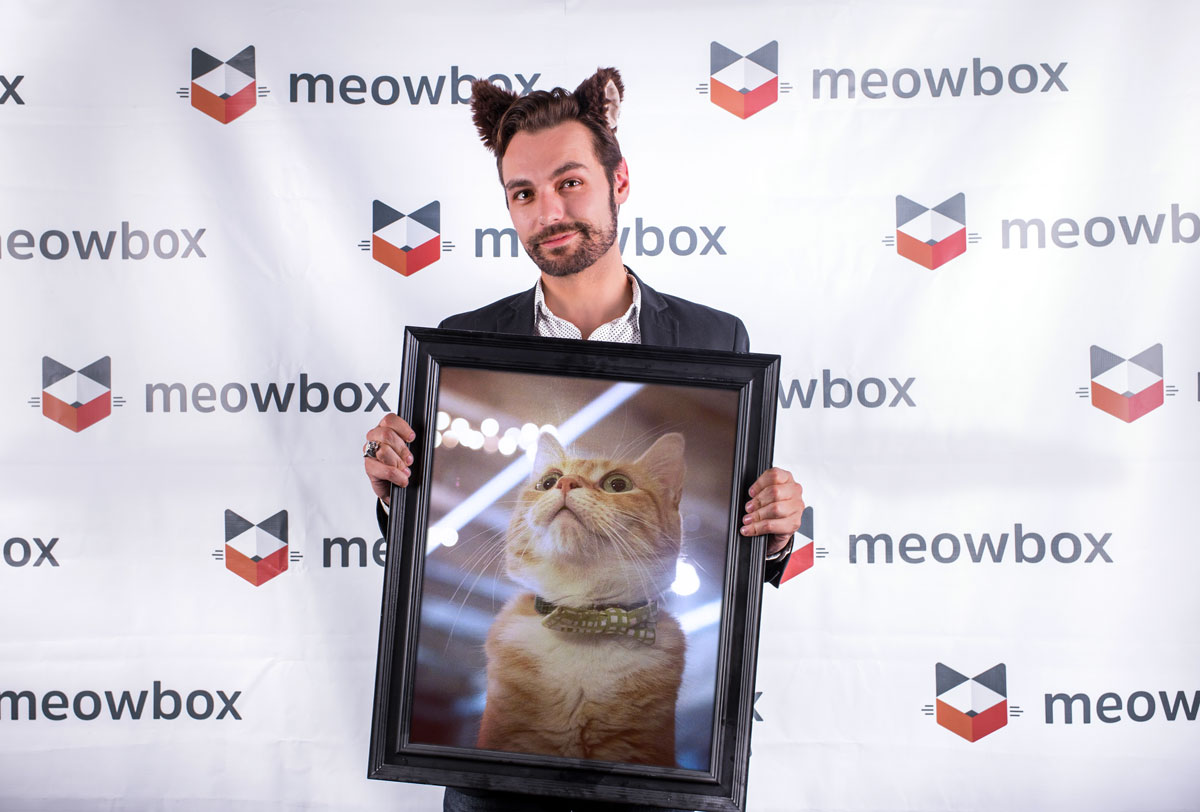 James lives in LA and spends his time directing and editing music videos, documentaries and commercials. His artistic eye and knack for composition makes finforthewin stand apart from all the other cats of Instagram accounts. He’s also great at staying connected and getting involved with events and charities that benefit kitties in need. When we met him at CatCon LA in June, he gave off a suave, classy air despite the fact he was proudly wearing a pair of cat ears. Curious about his thoughts on the matter, we asked him how he stacked up against the introverted, antisocial and nerdy stereotype.

“I’ve always been into cats since I was a little guy. But only in the last couple of years, especially since I took the plunge and started to put my cat on Instagram, have I come out as a cat guy. And more so than I ever imagined it would happen. It’s like, now the cat has an Instagram so you’re a cat guy and you’re going to go to a cat convention. I’m wearing cat ears right now! But I really owned it in the last couple of years. And [Fin’s] doing really well, she’s got over 40,000 followers and we’re starting to get sponsors. It’s fun because the internet allows us introverted cat people to all connect and now we’re meeting and it’s exciting. There are social cat people and there are introverted cat people, and it’s funny because you can be introverted out in the world but on the internet you’re very social. So yeah, the internet and cats, it’s amazing.”

We’re glad you’re finally owning your cat guy status, James! It certainly seems to be working considering you’ve managed to acquire an additional 20K Instagram followers since our interview in June. We’re excited to see what the future hold for the three of you!