Think back to the last movie you watched. A soundtrack that helped build drama, excitement or a variety of other emotional responses, likely complemented it. This is just one example of how music impacts our moods as humans, but what about our kitties? How does music affect cats? 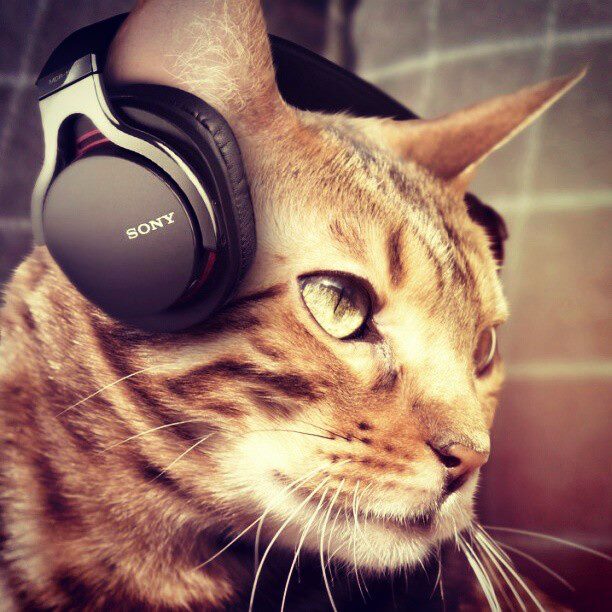 A study was done at the University of Wisconsin-Madison using tamarin monkeys to determine the reaction of animals to different music. The study showed that the monkeys preferred the specially-composed music that more closely mimicked their own tones and vocalization. National Geographic found that ongoing research shows “most animals don’t groove to human beats but will respond to music that’s tailored to their hearing abilities” Taking this further and making it more species specific, Teyus music LLC has created music specifically for cats. Listen to some samples here. The music was composed based on a cat’s vocalization, tones, tempos, pitches, hearing range, and sounds they would hear in the wild.

Classical music is also supposed to have a calming effect on cats. Some vets and shelters will play it to try and reduce stress. Part of the reason cats may be comforted by classical music is because their caregiver may become more at ease while listening to it, therefore putting the cat at ease. Cats feed off our positive vibes. If the music you are listening to is lifting your spirits, your mood will likely perk up your cat! Cats are creatures of habit; your routine often becomes their routine. Disturbing a cat’s routine can cause stress and sometimes even illness. So in theory, if you come home and listen to rock everyday, stopping this habit could affect your cat.

Cats have a much broader range of hearing than humans. Their ears are uniquely designed to funnel sound into the ear canal. The next time you play music around your cat, you might want to think twice before cranking it to 11! Cheers to cats now influencing how we listen to music.