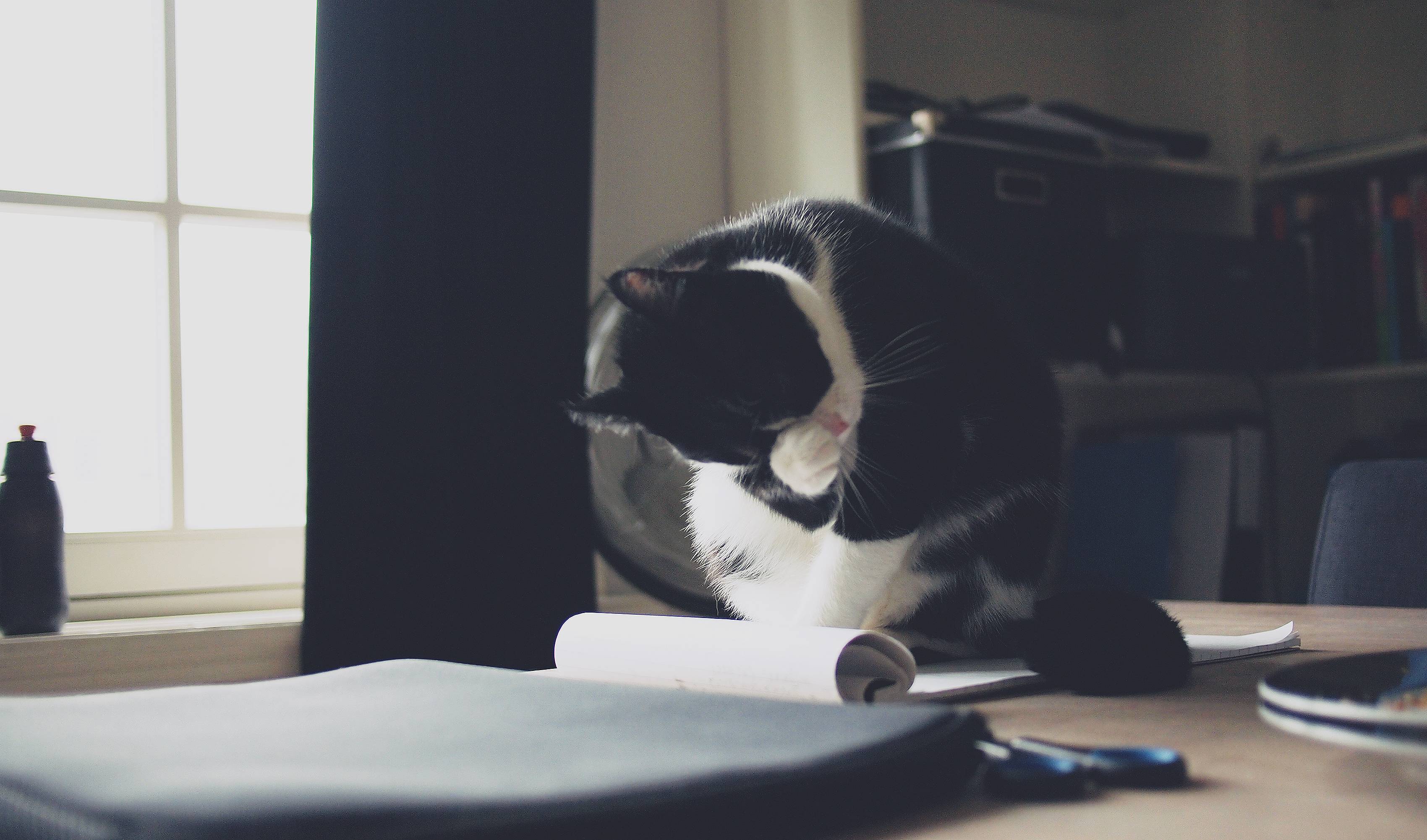 Bored with the house cat life, some felines have decided to take the career route. Here are our top ten cats who have mastered the art of the #hustle:

A post shared by Wellington District Police (@wellingtondistrictpolice) on Dec 22, 2018 at 5:52pm PST

You’ve heard of police dogs, but have you heard of crimefighting cats? Tia, who is part of the Wellington Police Force in New Zealand, is valued for her unrivalled sense of smell and superior napping abilities.

If you believe influencers have it easy, think again. With her own line of merchandise, meet-and-greets at some of the world’s top cat festivals, and even a cameo in a Kevin Spacey movie, Nala has become the queen of a whole empire.

Grandpa Mason came to Tiny Kittens rescue in Langley, British Columbia as an elderly feral with a terminal kidney condition. To everyone’s surprise, Grandpa immediately took to the foster kittens, cuddling with them and giving them hairstyles. This is how he’s been spending his days since.

The aptly-named Flame was taken in by Belmont Fire Department in Greenville, South Carolina. He pays his rent by providing much-deserved TLC to resident firefighters. He also gives the internet a glimpse into day-to-day firehall life through his Instagram and even appeared on Jackson Galaxy’s TV segment, “My Cat From Heaven.”

With his laidback temperament and natural charisma, DJ Ravioli makes the purrfect sidekick in iAmMoshow’s cat raps. In his downtime, he enjoys “going to the park and letting random ladies pet him.”

Browser the Library Cat loves to read & wants you to read too! #browserthelibrarycat #catsofinstagram

You may have heard about the cat who lost his job catching mice at a Texas library, sparking international outrage. Thanks to the internet, Browser now has his job back, but his role has shifted from keeping readers company over chasing critters.

The world may have lost the beloved Oskar the Blind Cat in 2018, but his sidekick, the Amazing Klaus, continues to spread awareness about special needs pets, through social media and at cat events around North America.

When Duke Ellington Morris was adopted from San Francisco Animal Care and Control in 2010, his forever family knew he was a special cat. They enrolled him in San Francisco SPCA’s Animal Assisted Therapy Program, and he has since served as a therapy cat for UCSF Medical Center and other organizations.

A post shared by Shakespeare and Company, Paris (@shakespeareandcoparis) on Nov 12, 2015 at 1:18pm PST

If you’ve visited the iconic Shakespeare and Company in Paris, you’ve probably caught a glimpse of the resident cat, Aggie—or, if you’re really lucky, maybe you’ve even snuck in a pet or two.

Of course we couldn’t make this list without including our very own Zac and Harvey, who were rescued from a ditch as tiny kittens and now serve as meowbox’s official models and product testers. Their additional roles include keeping boxes warm for customers and assisting with typing.

What is your cat’s dream job? Or does she prefer to leave all the work to the humans?